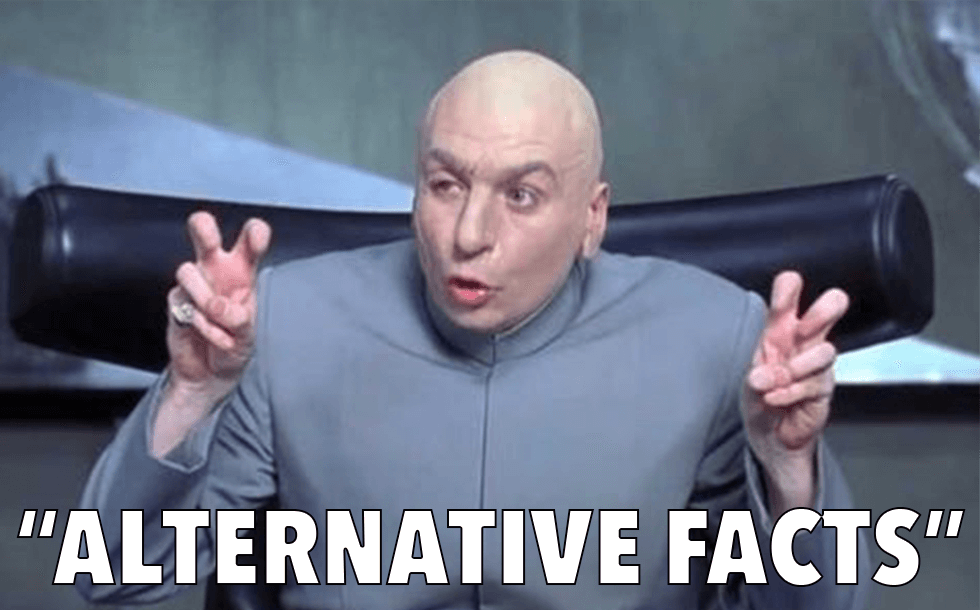 Scene from the movie Austin Powers: International Man of Mystery made into a meme. Source: New Line Cinema

On September 15, 2022, Intelerad announced the acquisition of Boston-based Life Image, the leading Cloud-based image-sharing platform. Financial terms were undisclosed due to the private and confidential nature of the transaction.

I’ve seen one too many acquisitions in Enterprise Imaging where the concept of Interoperability is invoked as a major benefit to be derived from the transaction, and a victory for end-users. I’d venture to say that the acquisition of Life Image by TA Associates (PE owner of Intelerad), barely a year after the acquisition of Ambra Health, has nothing to do with interoperability, technological innovation, or patient experience, and everything to do with Private Equity multiples, EBITDA boosting, and market domination.
Impatient shareholders likely lobbied for the acquisition of Life Image, to unlock an exit strategy and ROI. If I put my investor thinking cap on, I would most likely have followed the same path by seeking a sale, so I cast no stone in that direction. I do cast a stone in the direction of the marketing spin machine used to explain away and justify the acquisition to the public, and to Life Image customers. This was a financial transaction, driven by shareholder interest, pure and simple. After all, we all eventually want a return on our investments.

Nonetheless, and perhaps I’m being presumptuous, but, as an industry, we need to agree on what constitutes vendor neutrality and interoperability, and that they are important and precious things to seek and protect.

M&A and Its Impact on Interoperability

We need to acknowledge that with each acquisition or merger, interoperability and vendor neutrality take a substantial hit. Why is this true you ask? Simply follow the money, no, this is not a reference to political corruption or the Watergate scandal. This reference is more like the Gordon Gecko’s “greed is good” speech. This is about the best interest of a few shareholders, not about an exalted and virtuous interoperability play to benefit the health of millions of patients.

TA Associates, the PE firm behind Intelerad, now owns two of the most recognized image-sharing brands, but that does not mean they will dedicate themselves to Interoperability. On the surface, it just means that you’re writing a check to a different company for the same service. Before anyone can call this a victory for end-users, one has to remember that for over a decade Life Image and Ambra Health developed very different infrastructures and user interfaces, neither of which will be sunsetted overnight – writing off a technological investment of such magnitude would be counterintuitive at best.
For TA Associates, the decision of whether or not to sunset Ambra or Life Image may never come to pass. Technologically merging the two infrastructures and code bases into a single platform sounds like a herculean effort unlikely to be undertaken. This means that for the foreseeable future, these acquisitions will have little to no effect on the end-user experience. If and when one of the platforms were to be sunsetted, thousands of users will have to learn and adjust to a new interface. Admittedly, some among them may be open to the disruption and welcome the opportunity to reduce the number of UIs they are forced to use.
End-users in every file room in hospitals routinely have to maintain multiple subscriptions with image-sharing platforms because not everyone is on the same platform. Some have adopted PowerShare, some Life Image, and others use eMix, even though IBM long ago decided to stop developing the platform. To accommodate one another, healthcare providers have agreed to download any platform necessary because the patient’s health is at stake. It is not uncommon for a hospital to use PowerShare, Life Image, and Ambra Health within the same departments.
So theoretically, fewer image-sharing platform choices should simplify the task for end-users, right? Does a possible UI consolidation equate with freedom of choice for end-users? Or Interoperability? Or vendor-neutrality? The answer is no on all three counts. Concentrating that much power of decision and product management in one company, driven by PE multiples and the almighty EBITDA, will inevitably result in less choice for end-users in this market. Less choice also leads to less competition, higher cost, complacency, and atrophied innovation.

Now that they own and control these key assets, will Intelerad choose to develop a cross-platform sharing mechanism, essentially forcing these new siblings to play nice with each other? Will they enable users to seamlessly send from one platform and receive on another? I previously alluded to this in a blog post titled “Call me (call me) on the line. Call me, call me any, anytime. Why interoperability across medical image sharing platforms is long overdue,” making a point that imaging sharing platforms would best help patients by behaving more like cell phone carriers. An AT&T mobile customer can call a Verizon customer without having to carry two phones, so why can’t image-sharing function the same way?

The problem is that end-users would now also need other image-sharing services ones that are not Life Image or Ambra Health) to participate in this open exchange, leaving the choice of the platform up to the end-users. In the cell phone analogy, most of us would resent being told that to call a friend with a different cell phone service carrier, a switch to their carrier would be needed.
To garner true interoperability, Intelerad will need to follow the cell phone industry model and strike a deal with Microsoft/Nuance, Beam, IBM, Change Healthcare, and any other company that currently plays in this arena. Short of developing a cross-platform image-sharing capability, which requires collaboration with competitors, Intelerad will engage in a market consolidation effort that looks more like monopolization than vendor neutrality.

A Brief History of Image Sharing

To understand why I am taking this position, a brief history of image sharing is necessary. In the image-sharing segment, profitability is difficult to achieve. Kudos to Matt Michela, CEO at Life Image for maintaining the longest streak of independence (14 years) before divesting. Cloud-based image-sharing companies are infrastructure, capital, and labor-intensive, yet driven by commoditized pricing. These competing forces are on an inevitable collision course – you can’t endlessly pour capital into an asset for an elusive ROI. For this reason, none of the original market entrants achieved, or even attempted, a public exit.

Cloud-based medical image sharing was born to solve the problem of fragmented image access between healthcare providers that are not affiliated with one another. Prior to cloud-based exchanges, image sharing was accomplished by shipping physical film via courier or USPS. Over time, with the advent of CD-burning, a semi-digital alternative to film emerged, but the sharing of images still relied on physical shipping carriers. Next, the problem of incompatible or defective viewers burned onto the CDs along with the images, making some of the CDs unusable by the recipient. It wasn’t until the adoption of the Cloud that the electronic sharing of medical records would become relatively straightforward and affordable.

Before market penetration could happen, substantial education of CIOs and clinicians needed to take place due to the lack of knowledge or trust associated with Cloud infrastructures. In 2009 and 2010, many people questioned what “Cloud computing” really was, and at the time Salesforce was the biggest proponent of Cloud adoption. In order to gain market share, imaging-sharing platforms had to place enormous emphasis on educating their prospects about the Cloud and addressing concerns about Cloud security. For healthcare organizations that owned and operated their own IT infrastructure, the transition to including infrastructure that they didn’t own themselves was a scary perspective.

Over time, hospitals gingerly started wading through Cloud waters (so to speak). During that time advertising dollars were the most important elements of an aggressive market penetration strategy. Similar to the rush for social media domination over the last decade, the launch, and an aggressive network effect was paramount to achieving substantial market share.

Nuance saw an opportunity to leverage its own market domination in Natural Language Processing (NLP) and acquired SeeMyRadiology (now PowerShare) to own a significant piece of an emerging market segment. Incidentally, Nuance (now part of Microsoft) has since acquired the majority of remaining NLP engines, turning it into somewhat of a monopoly.

eMix (electronic Medical information exchange), a division of DR Systems (San Diego CA), was an early market entrant in this segment, unveiling its first Cloud-based service at RSNA in 2009. eMix went from a couple of dozen end-users to nearly 1,000 hospitals in under a year, with virtually no startup capital and a skeleton crew of two developers and a product manager/sales exec (yours truly). DR Systems shareholders had an early opportunity to bring in outside capital and know-how to help grow eMix exponentially as a spinoff. DR Systems had harbored hopes that eMix would be a good trojan horse in a highly competitive PACS/MIMPS replacement market. As my old boss used to say, hope is not a good business strategy.

Despite investor interest, DR Systems shareholders chose not to part with equity and to keep eMix in the “family.” Eventually, Merge Healthcare bought DR Systems in 2015, eMix along with it. Less than a month later, IBM Watson (now Merative) bought Merge to boost its EBITDA. You guessed it, eMix became a walking-dead software company lost somewhere in the bowels of IBM.

Where are the remaining imaging sharing players now:

From the outset, circa 2008-2009, the image-sharing industry suffered the stigma of commoditized pricing. Market entrants such as Life Image and SeeMyRadiology, although well-funded with multiple significant rounds of VC money, struggled to formulate a solid pricing model that would be viable in the long term, but also reliably profitable. A tiered volume-based subscription eventually became the only viable model. Image sharing over the Cloud could not command software-level premium pricing typically expected for PACS/MIMPS and VNAs, because healthcare providers tend to compare image-sharing pricing to the commoditized cost of burning and mailing a CD in an envelope and a postage stamp.
With its inability to yield software-level margins, the cloud-based image-sharing market segment has historically tended to be an NOL proposition and investors often found themselves having to dilute further and further to raise more money and stay afloat. The network effect does have value as a possible upselling channel for other goods and services. However, it’s never been proven that such a proposition had merit. The inevitable conclusion is that to produce a return on investment, a roll-up strategy of multiple companies, and selling investors on a vision of PE multiples, became the only viable pathway.

What Does The Future Hold For The Image Sharing Market?

As market consolidation continues, innovation and R&D will inevitably take a back seat, which will also cause an exodus of talent from our industry, probably in favor of the new gold rush: AI development. There is little chance that those skilled seasoned professionals could be lured back to our niche market, which is served by a shrinking number of truly vendor-neutral players. As newly consolidated companies realize that they need the right people to innovate, compete and stay relevant, the cycle of M&A will be perpetuated as the only real shortcut to attracting new talent.
Unfortunately, as more companies merge, end-users are left with fewer choices, less interoperability, and less innovation. I would love to be proven wrong and witness a successful and vendor-neutral interoperability scenario play out in this Intelerad roll-up. If Intelerad can build a big enough tent and invite the rest of the market to play on its turf, some level of vendor neutrality may survive for end-users, and interoperability may have a chance.